What Cheese Can You Eat When Pregnant? 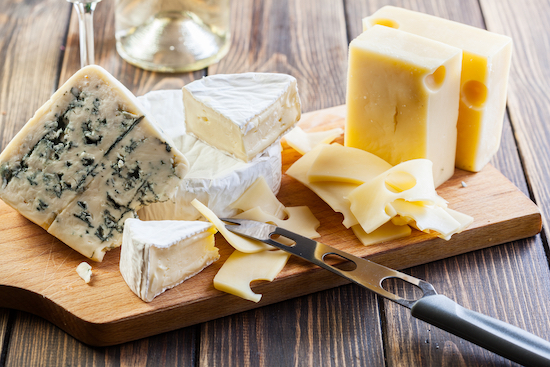 Some expectant mothers avoid eating cheese completely when pregnant.  This is because some dairy products contain Listeria bacteria, which can lead to an infection called listeriosis. In pregnant women, listeriosis can make your baby very unwell. In serious cases, it can even result in miscarriage or stillbirth.

But some cheese is perfectly safe to eat.

What Cheese Should I Avoid When Pregnant?

As a general rule of thumb, avoid any soft cheese that’s unpasteurised, or any soft ripened cheeses.

Let’s take a closer look at what cheese you can eat when pregnant.

Please note – we’re not doctors or dieticians! For the best understanding about what is and isn’t safe to eat while pregnant, talk to your doctor.

You can eat any pasteurised or unpasteurised hard cheese. This includes cheddar, as well as Gruyere, parmesan, pecorino, Manchego, Emmental, Red Leicester, Double Gloucester and wensleydale.

According to The Baby Centre, it’s very common for mums-to-be to crave mild cheeses such as edam, gouda and Jarlsberg during pregnancy. So good news! These pasteurised cow’s milk cheeses are fine to eat in pregnancy.

Feta is made from ewe’s milk, and its crumbly saltiness can make a Greek salad taste particularly delicious. So long as the feta’s made using pasteurised milk, it’ll be safe to eat during pregnancy.

If you’re unsure – if the packaging doesn’t specify, for example, or if a restaurant can’t tell you – then it’s best to avoid feta.

Another lovely salty cheese made from ewe’s milk. And just like feta, this one’s safe to eat during pregnancy so long as it’s made from pasteurised milk. But again, if you are unsure for whatever reason then avoid eating it while pregnant.

Once more, mozzarella is fine so long as it’s made from pasteurised milk. But even if the mozzarella’s been made from unpasteurised milk, if you’re having it as a pizza topping you’ll cook it until it’s steaming hot. At this stage, it should be safe to eat while pregnant.

Another cheese that you should only eat while pregnant if you can be sure it’s made from pasteurised milk. If you can’t be sure, then it’s best avoided.

But like mozzarella, many people eat this soft, rich cheese cooked. The NHS advises that pregnant women can eat pasteurised or unpasteurised soft cheeses so long as they’re cooked until they’re steaming hot.

Brie is a mould-ripened soft cheese with a white coating on the outside. This white coating is there to retain moisture – to stop the cheese from drying out. Unfortunately, this can also make it easier for bacteria to grow. Cooking cheese can help kill bacteria. But you might be safer avoiding brie outright for the duration of your pregnancy.

A baked camembert should be hot enough to kill any lingering bacteria. But once again, camembert is probably best avoided while you’re pregnant.

Like brie, camembert is a mould-ripened soft cheese with a characteristic white coating. So we have the same problem with camembert as we have with brie – that white coating keeps things moist, but it can also encourage bacterial growth.

It’s all about the rind! If the goat’s cheese has a white rind, then it’ll be a soft mould-ripened variety which, like brie and camembert, could be full of bacteria. So avoid eating any soft goat’s cheese with a rind while you’re pregnant. If the goat’s cheese is hard, or if it has no rind and it’s made from pasteurised goat’s milk, then it’s safe to eat.

Cream Cheese (Such As Philadelphia)

Cream cheese, such as Philadelphia, as well as other pasteurised soft cheeses, such as cottage cheese and roulade, are all safe to eat during pregnancy.

Generally speaking, you should avoid eating all blue cheeses during pregnancy. This is because most blue cheeses are soft and mould-ripened, which makes the presence of bacteria more likely. Cooking blue cheese until it’s steaming – such as on a pizza topping – can kill any bacteria. But it’s better to be safe than sorry.

Stilton, on the other hand, is a hard cheese, and hard cheeses are generally safe to eat during pregnancy. But again, look for a brand made from pasteurised milk. And if you’re not sure, don’t take the risk.

Can You Eat Cheesecake When Pregnant?

Cheesecake will either use ricotta, cream cheese or mascarpone as its base. As we saw above, so long as the cheese is made from pasteurised milk, you’ll be fine.

Just as you’re getting used to pregnancy, you’ll find you’re suddenly learning all about how to prepare for parenthood – and what you’ll need to have for your baby. Find out more about what you’ll need and when to start buying baby stuff.

And be sure to bookmark our blog page for more advice and ideas about pregnancy and parenthood! 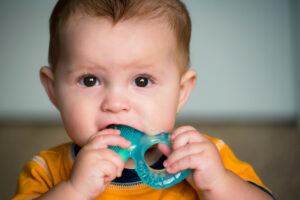